General Overview of Digitalization in the Philippines 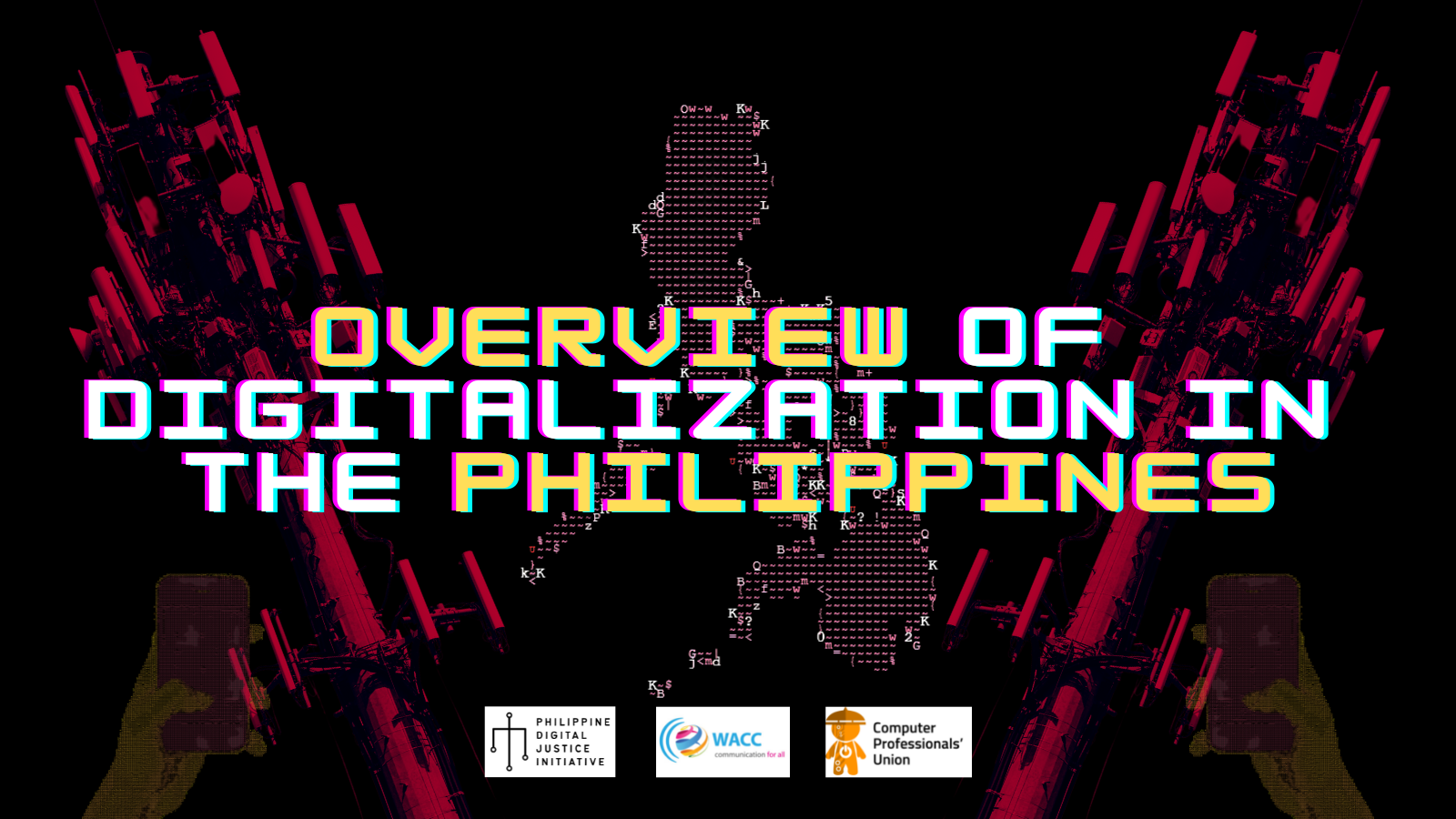 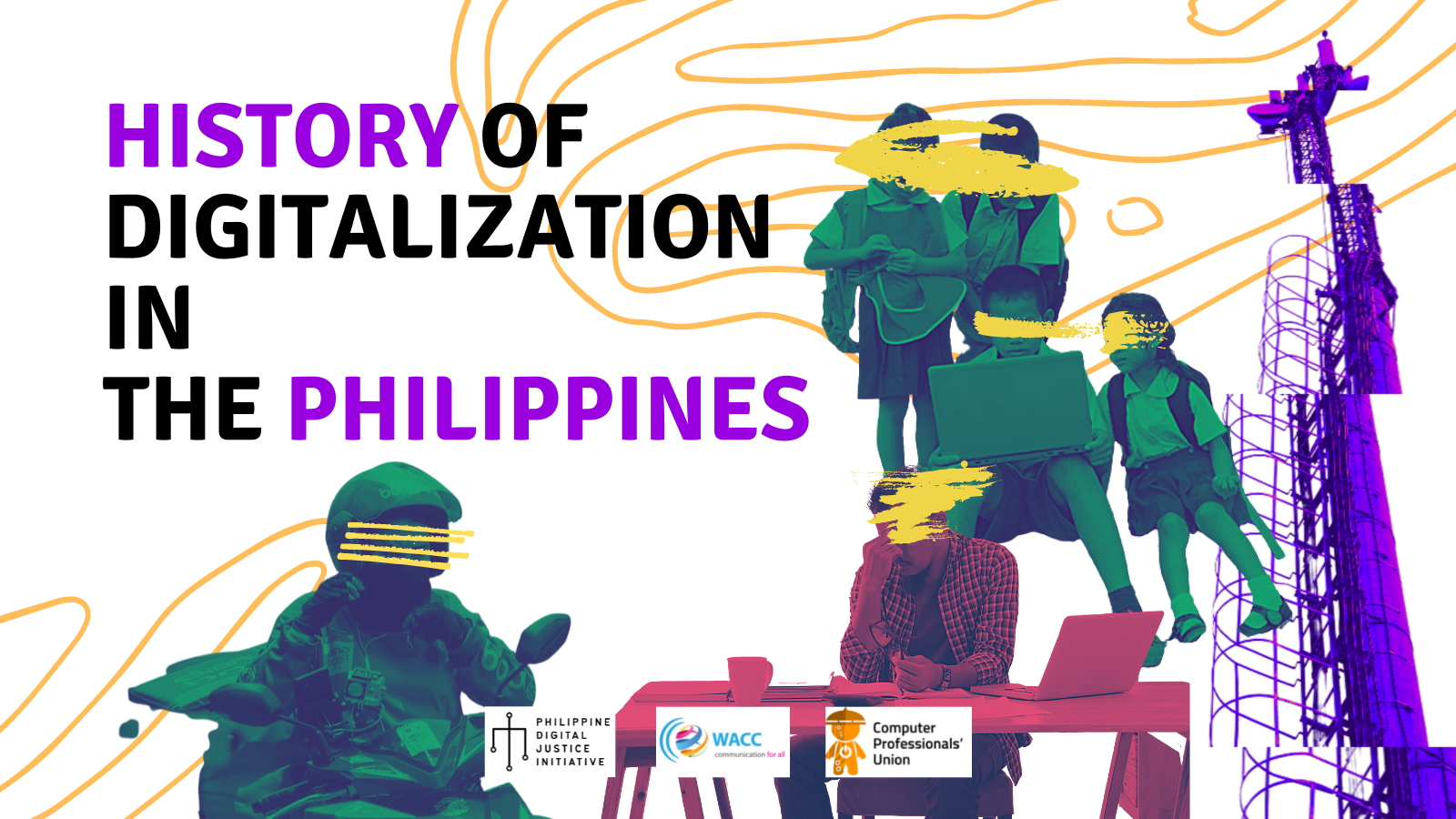 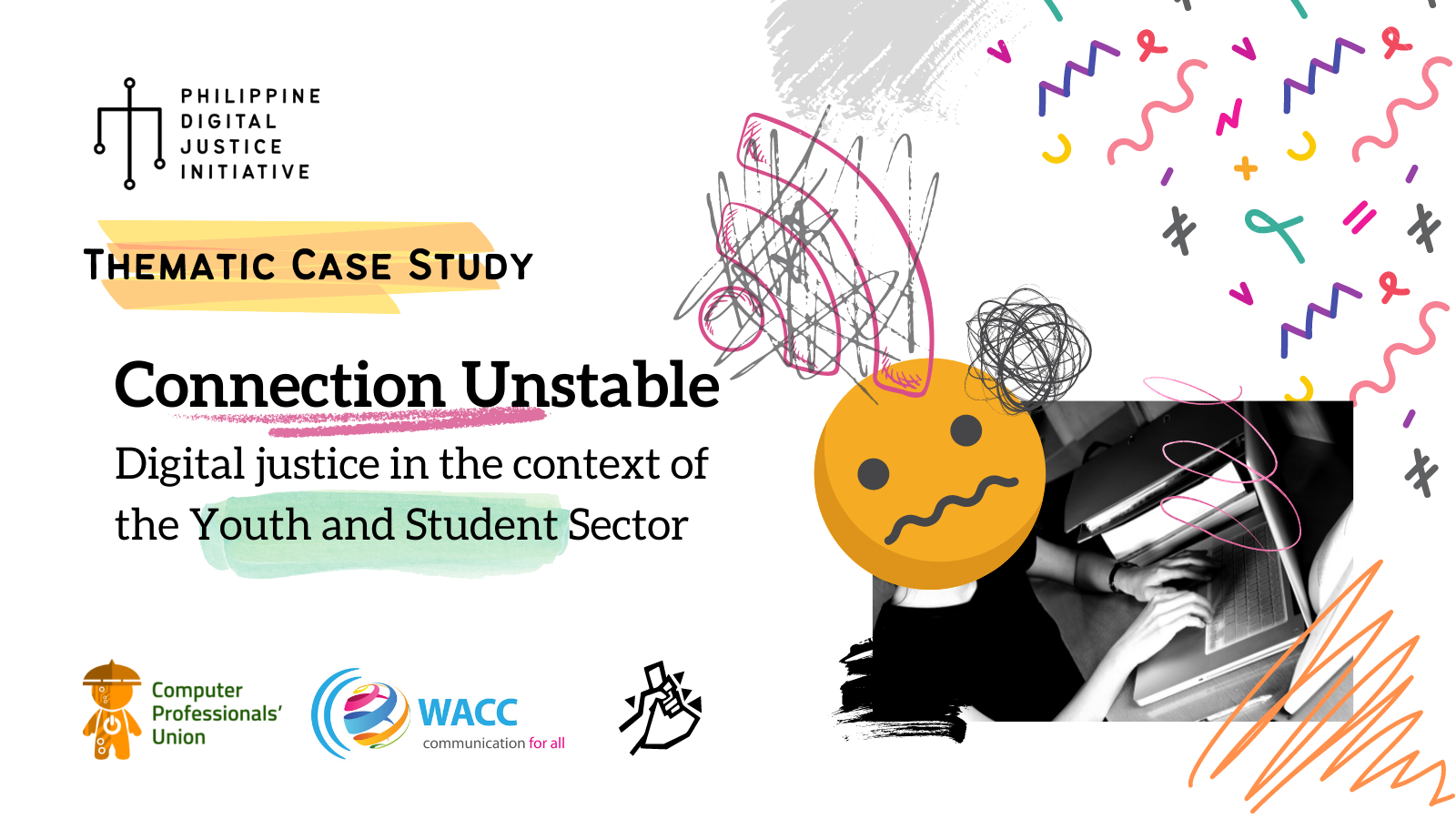 The Philippine youth is a sector of society highly fluent in technology and the Internet. According to the Pew Research Center, 94% of people aged 18 to 29 have reported either using the Internet at least on occasion or owning a smartphone. Meanwhile, Talkwalker reports that almost 98% of social media users in the Philippines are younger than 35 years old. The youth’s high engagement in the Internet and social media, coupled with the relatively young population of the country, has earned it many monikers in media, including the “social media capital of the world”.

The Digital Justice Perception Survey (DJPS) of the Philippine Digital Justice Initiative (PHDJI) is research whose aim is to gather the perception and gauge the level of literacy of Filipinos regarding data justice and other substantially related issues. With internet-connected citizens of Metro Manila participating in the survey, it was found that a significant portion of respondents is still unequipped on the concepts of digitalization and digital justice despite the stated confidence and familiarity on their part. Although some are knowledgeable on the basics, a huge portion is still either neutral or unaware of the topic of digital justice and the like. This research concludes that further educational campaigns (preferably specialized) and movements to educate and equip the public are very much needed, especially with the rapidity of digitalization intensified by the ongoing pandemic. 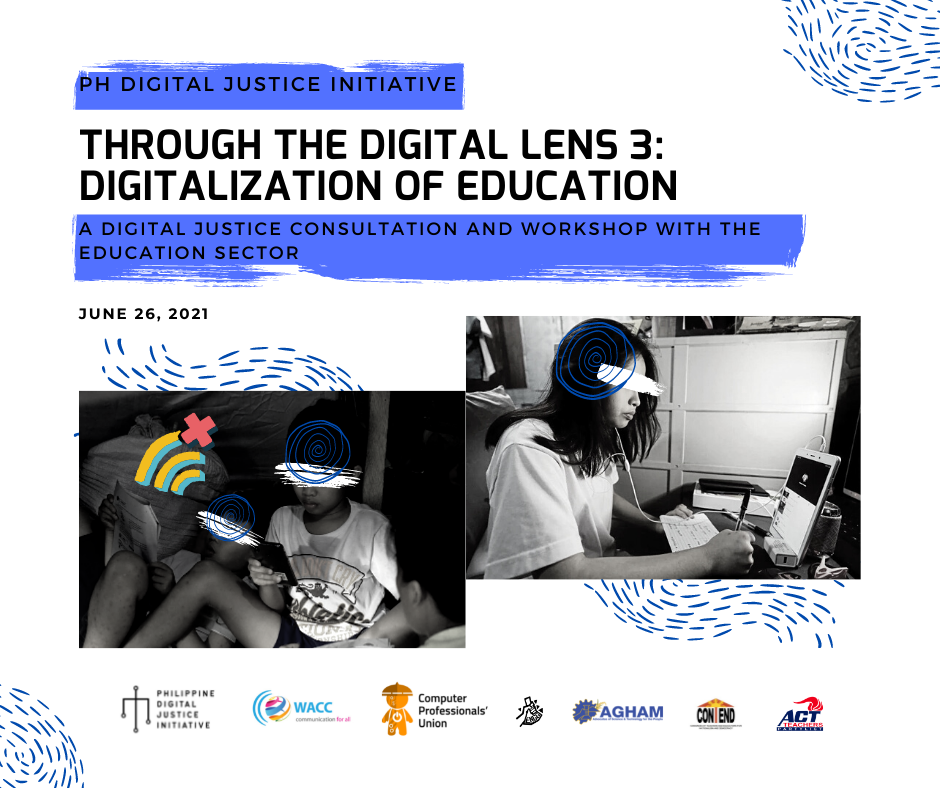 Through the Digital Lens 3, held on June 26, 2021, is part of the series of consultations of the initiative aiming to gather insights, opinions, suggestions, and possible resolutions from the vital stakeholders of digitalization and betterment of the ICT ecosystem in the Philippines. In this event, the Philippine Digital Justice Initiative invited several organizations from the education sector (including the AGHAM Educators, AGHAM Youth, and CONTEND UP) to answer the following pressing issues in digitalization affecting the workers:

Continue reading
Previous 2 of 4 Next