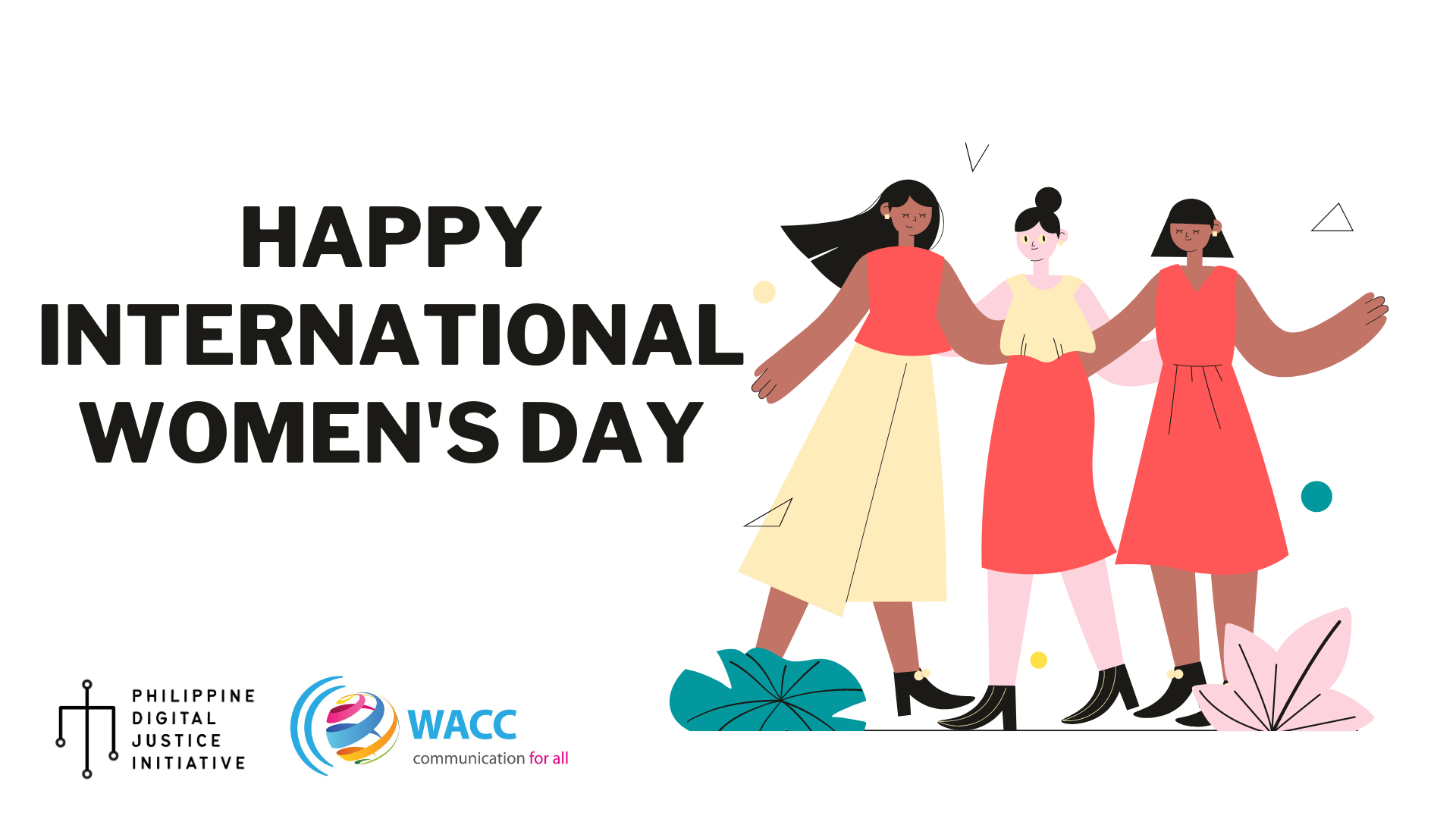 From having the right to vote, take up the formerly gender-based professions, go with whatever fashion they may prefer, the rights and liberties of women have undeniably progressed in comparison to what was the state in the past 100, or even 50 years.

Social media have become so intertwined in the daily lives of people—may it be related to one’s profession, personal, or political life—and for society in general. Its primary importance lies in its easy, quick, and readily-available accessibility as a platform of communication and engagement via different mediums such as texts (e.g., posts or tweets), images, videos, among others. In essence, social media have enabled people to connect and convey different thoughts and opinions with one another. However, social media is not an all-graceful technology that only brings benefit to its users, as it has some downsides in terms of properly facilitating the digital public space. Social media’s algorithm tailors and recommends ads and contents (including the sponsored ones) on news feed based on its relevancy to the users: from our friends’ posts politics. According to Ali et.al. (2019), this creates “filter bubbles” as users receive contents that are already in their interest, making it hard for other contents to be noticed by users. This is why political posts that are backed with huge capital pose a threat to democracy as they can influence polarize without the public being fully informed of such a mechanism. 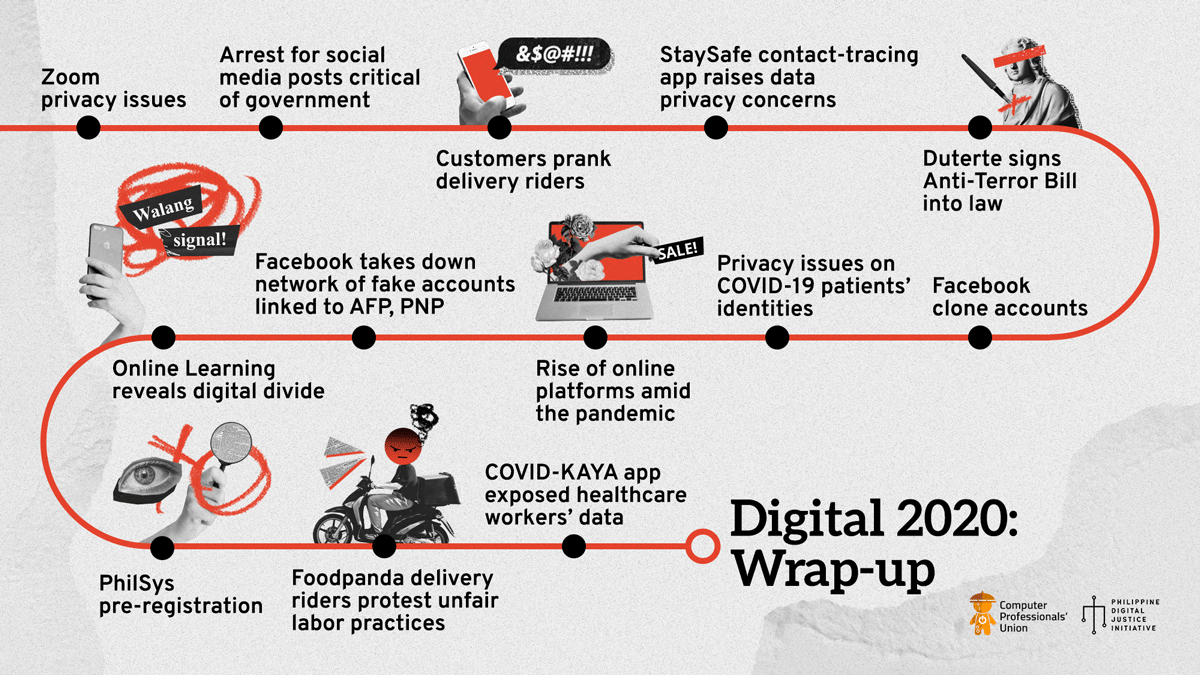 Shocking and challenging—these are the words that best describe the year 2020. Shocking mainly due to the COVID-19 pandemic and other tumultuous social events; challenging in financial, physical, and psycho-social aspects of our lives. And some of us were able to deal with these challenges by improving our social bonds with our mutually “lock-down-ed” friends via the internet and social media. Indeed, it is undeniable that the technologies of the digital age have helped us cope with this struggling year, one way or another. But is everything that is digital automatically produce beneficial effects to us and to society? To balance things out, here is a year-review of the internet, social media, and other digital-related issues that plagued the Philippines and Filipinos for the year 2020.