Overview of State of Digitalization of Manufacturing Industries and Finance 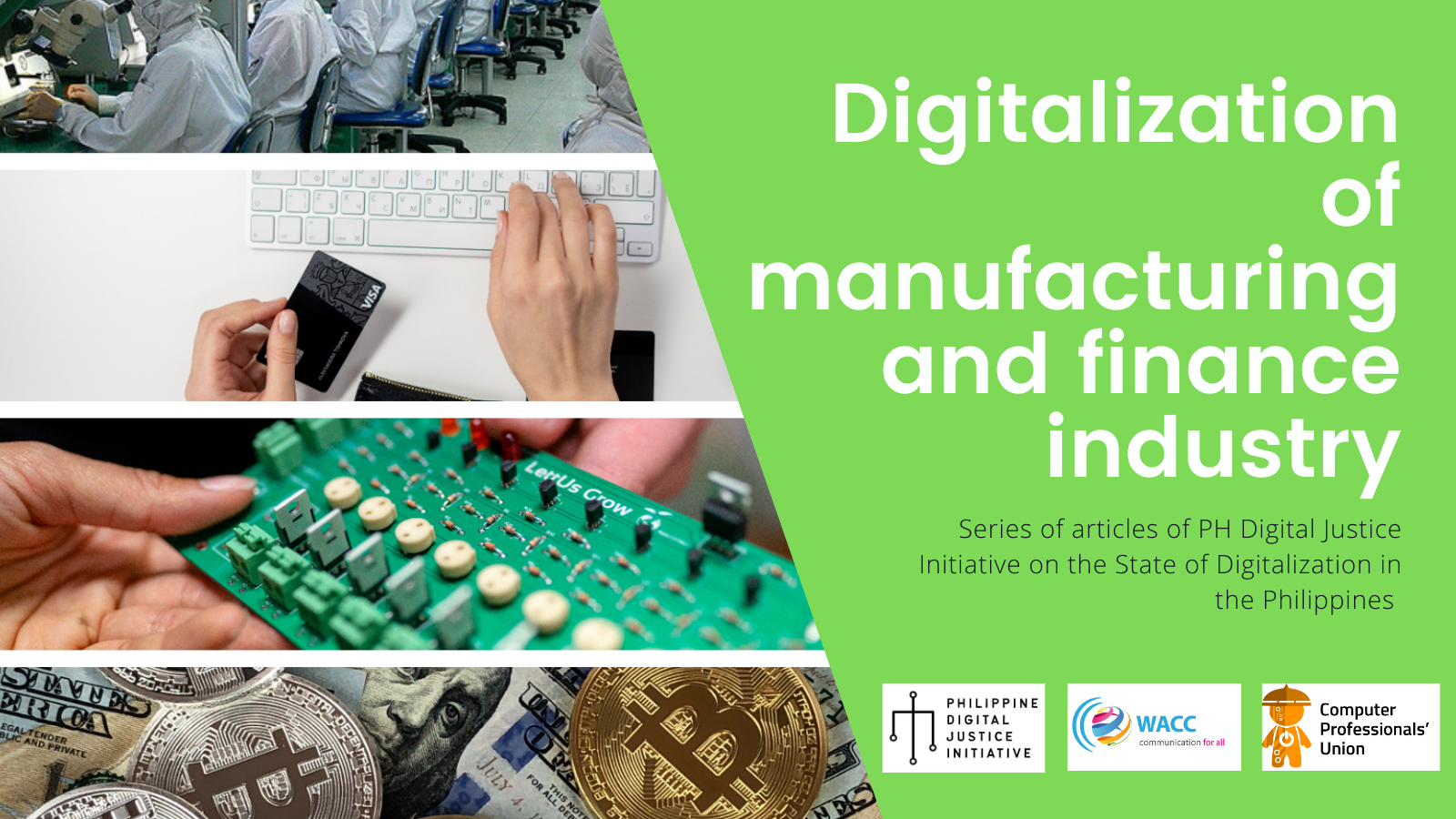 This paper discusses and provides a general picture of the state of digitalization in the manufacturing and finance industry of the Philippines. It also lays down the perennial and pressing issues that the two industries are facing in digitizing, as well as the responses of the public and private sector on this phenomenon. The study reveals that although the government and private sector made efforts to digitalize the manufacturing and finance industries, the process of digitalization remains at the outset and concentrated on urban and private companies, rendering the few people to not experience its benefits fully while pushing the majority of the Filipino society to be left behind. The paper also emphasizes that the failure of the Philippine government—both the past and present—to push for national industrialization remains the root cause of the failure to fully take-off for the digitalization of manufacturing and finance industries.